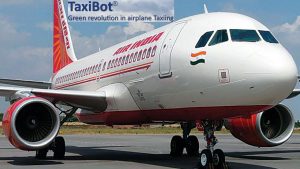 Air India, which is facing a financial crisis, has achieved a new position. Air India has become the first airline company in the world to use a taxi boat for a commercial flight of an A-320 aircraft loaded with passengers. Air India achieved this feat under the leadership of Captain Amitabh Singh.

What is a taxi-boat?

In this context, Air India CMD Ashwani Lohani said that it will begin with the departure of AI 665 flight from Mumbai’s Terminal 3 to Mumbai to Mumbai.

Last week, government oil companies issued a final warning to Air India asking them to make monthly lump-sum payments by October 18. They had said that they would stop fuel supply at six major domestic airports if they did not pay.