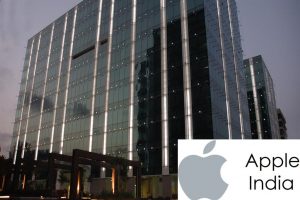 Apple Inc has recently made an official announcement to open its first store at Mumbai’s Maker Maxity mall, co-owned by Reliance Industries.As per the reports retail store will be spread across 20,000-25,000 sq ft space spread over three floors at the mall in Bandra Kurla Complex. The outlet is likely to open its doors in September, 2020.

The upcoming flagship store in Bandra Kurla Complex will be the largest Apple store in India and will be three times the size of its largest franchisee run 8,000 sq ft outlet in Mumbai. While Apple Inc’s latest event held in September garnered a lot attention, with that comes the news that Apple is betting big on Asian countries and looking forward to investing US$1bn in India through its ecosystem partners. Simultaneously, with the relaxing of Indian regulation regarding foreign entities setting up their retail outlets in India, Apple is now gearing up to launch its first Apple store in Mumbai next year.

With the ongoing US-China trade issues and India lowering its corporate tax for new manufacturing to 15%, even technology giant OnePlus looks towards India as an export hub. Apple set to ring in $1 billion investment as the move comes as Apple plans to begin export of ‘Made in India’ iPhones across the world.

Prime Minister Narendra Modi recently visited the United States a day after announcing a $20 billion corporate tax-cut stimulus for companies within and outside India, which strengthens his pitch to American chief executives about the mega opportunities and ease of doing business in India.

Apple’s move to transfer some manufacturing to India has begun, with a planned investment through assembly partners targeting USD 1 Billion. It will be very important to monitor the success of this initiative as rumors of export-oriented manufacturing growth in India have circulated for a long time but haven’t really developed.

Recently, Apple to announce services like Apple Pay and TV+ come to India. Apple is understood to be working on plans to set up three brick-and mortar outlets in India, besides an online store.

India to get its First Official Apple Retail Store in Mumbai

The company is learnt to have conveyed this to the government, and said that the stores — expected to come up in Mumbai and Delhi — would be in line with its ‘global experience’ centres. Apple gears to invest Rs 1,000 crore in online and retail stores in India. If things go as per the plan, you will be able to buy its iPhone, iPads and Apple Mac computers through direct online retailing soon.