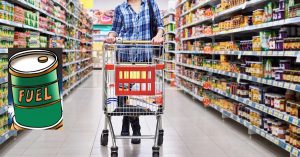 In a bid to make fuel more accessible, the government could soon allow supermarkets to sell diesel and petrol. The Ministry of Petroleum and Natural Gas is formulating a new policy which will require a Cabinet approval for relaxing existing norms, said a source.

The Indian government is planning policy to make the sale of petrol and diesel easier. In this, foreign companies can get an exemption to sell oil in India. If this policy gets the approval of the Union Cabinet, then it will allow big oil companies of Gulf-based Saudi Aramco, French Energy major Total and Trafigura as well as leading supermarket chains to sell petrol and diesel in India. That is, customers will also be able to buy petrol and diesel from the mall in weekend shopping. The oil ministries have prepared a cabinet note for this. This would break the two-decade-old tradition of requiring licenses to sell oil. So far, only those companies have the freedom to sell petrol, diesel and jet fuel which have invested or are about to invest Rs 2000 crore in oil exploration and production along with refining and laying of pipelines.

According to the news of Economic Times, the oil ministries have sought an opinion from finance, commerce and law ministries for this. The proposal recommends a relaxation of the licensing policy for selling oil. Also, it has been said to open the oil sector to outside companies.

The biggest reason for the decrease in the presence of companies in the oil sector is the rule of large investment. Demand for petrol, diesel and jet fuel has increased by 8%, 3%, and 9% respectively in 2018-19.

If the Modi government brings a new policy for the oil sector, it will give Saudi Aramco, Total and Trafigura a chance to enter the Indian oil market. These companies are in touch with the oil ministries to get approval to sell oil in India.