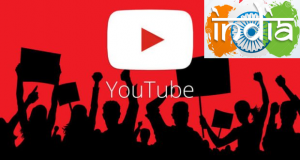 YouTube is no longer counting “advertising views” when it comes to the company calculating its music charts. Instead, ranking for top-watched music videos will be based on organic plays. YouTube’s music chart system has faced a few controversies over the last few months. In July, Indian rapper Badshah broke the record for most views in 24 hours, beating out BTS with 75 million views to their 74.6 million just months earlier.

YouTube will no longer allow paid views and advertising to influence its YouTube Music Charts. Instead, it will calculate its rankings based only on view counts coming from organic plays. Paid reach has been a pet peeve of mine in defining music success in the past decade.

In addition, it’s changing its methodology for reporting on 24-hour record debuts to also only count views from organic sources, including direct links to the video, search results, Watch Next and Trending — but not video advertising.

I’m not naive about it. There has always been some element of paid reach within music. I’m sure from the first time a touring musician became popular there was some enterprising new musician paying to share the stage.

In the last couple of years, many Indian singers and artists including Guru Randhawa, Badshah, Arijit Singh and Neha Kakkar have also made their respected positions on the YouTube music country charts in the United Kingdom, Australia, New Zealand and Canada, along with the global chart.

But the idea that you could pay a million dollars to run your music video as an ad unit, then be able to brag about your incredible amount of reach and chart-topping success took 100% of the power away from the consumer. The charts would beget more reach.

I could make a 2 minute video of me blowing into a kazoo and if I had the ad money, I could chart. Charting ceased to become an indication of quality. There’s still work to be done, but this is a huge win for consumers who care about quality.