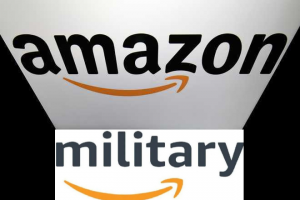 Amazon India is set to hire more military veterans and their spouses. The e-tailer has partnered with the Director General of Resettlement and the Army Welfare Placement Organisation to create work opportunities in its fulfillment, sortation and delivery centers. Amazon will train veterans in cloud computing and hire them as managers, senior managers, directors and for other lead roles. MNCs seem to be ahead of the curve in recruiting former military personnel: Goldman Sachs, Wells Fargo and UBS too have institutionalized programmes for them.

Excellent initiative indeed. I believe veteran skill set has been extremely underutilized in the main stream economy as on date. These initiatives would definitely help the veterans showcase their worth and in turn add value to the companies’ business objectives. Kudos to the efforts. We really expect couple of Multinational Companies come forward with the armed forces integration programme.

“We are very happy to build further on these efforts and partner with DGR and AWPO to help create hundreds of fulfilling and exciting career opportunities for our military families who have relentlessly served the country,” Saxena said.

A fantastic move by Amazon! The corporate needs to look up to such initiatives to set an example for the recruitment domain Needless to say, the Armed Forces integration program should be an option exercised by HR recruiters to identify Officers most suited for upcoming roles. Not only do I second the opinions trailing in this post, I strongly believe that given a chance, a military veteran has the business capability and acumen to understand organisations dynamics much faster, owing to their ability to adapt and evolve with time. Imagine a firm headed by a team of highly motivated military veterans! Sounds like a well oiled engine steaming against all odds. A tough team to compete with, that is for the competitors of course!

In addition, I would like to bring out that the renowned finance giant, Goldman and Sachs had introduced the military veteran integration program way back in 2012. The program is a resounding success owing to the organisational efficiency a veteran brings about within an organisation. They have sustained the training program ever since, as they have also realized the value addition brought in by veteran community. I’m positive that its only a matter of time before others catch up.

The potential has been seen over the years. It’s really a good move by DGR too in making this a reality today. It’s now up-to the recruiters to look forward to Armed Forces Executive Programme. It is proven fact that veterans need less training to get hold of skill set. They can fit in every domain of corporate. Integrity, high ethics, loyalty, mannerism, patience, stress bearing capabilities are the bonus. That is the reason they are in demand. Only thing is to give them respect which is quite easy to inculcate in team.