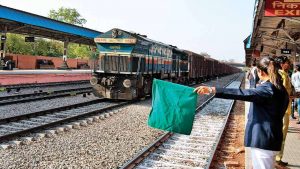 Indian Railways are preparing for the layoffs of the workers who are committing work. According to the Press Trust of India, the Railways has asked to prepare a list of such employees from all the zonal offices. A news agency has referred to a source linked to the railway ministry, that a direction has been issued, in which a list has been made to list the people who have crossed the age of 55 years or in the first quarter of 2020 in the Railways. 30 years of his job has been completed.

However, in this connection, it has been stated as a routine process by issuing clarification from the Railways on Tuesday. As per the tweets from the Railways, it has been stated that this year the same direction has been issued as per the year. Simultaneously, he said that 1,84,262 employees have been recruited in different categories from 2014 to 19. On the same, recruitment process is going on for two lakh 83 thousand 637 posts, out of which about 1.5 lakh posts have been completed and the remaining process will be completed in the next two months.

According to the report, the Board sent a letter to the zonal offices, accordingly, zonal railways have went to request that they be attached together proforma create a service record of its staff, with whom. In this record, those employees who have crossed their age of 55 years or have been able to get pension for 30 years job in the railway till the first quarter of 2020. It has been said in the letter that a list of people coming to these two Criteria can be prepared. In the first quarter of 2020, the meaning of the letter was stated in January and March 2020.

List of Zonal Offices to be sent till 9th ​​August

This letter of Railway has been issued on 27th July as this date is there. In addition, the Railway Board has fixed the last date for sending the list of zonal offices on August 9.

A source connected with the railway said that this is a time-to-time review through which the employees are identified who are not working properly and taking disciplinary action against them and retiring them prematurely is. This government is quite serious about such actions.

As per the reports Central Government has recently given the information that the performance of more than 1.19 lakh officers of Group-A and Group-B working in different government departments was examined. . This was done before the time of retirement rule.

According to railway sources, currently there are 13 lakh employees in the railway and the ministry wants to reduce this number to 10 lakh by 2020.

These information will be sent
to the staff about Zonal Office Zonal Railway Officers have been asked to provide information about the mental and physical fitness of staff, their attendance and discipline.