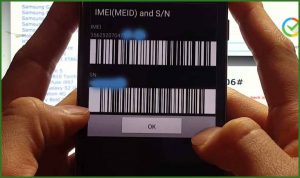 India is now gearing up to launch its own IMEI Database, which will help to store every IMEI number ever registered and generated.

This is a very good news for mobile phone users across the country, because it will help a lot in case if any mobile is gone missing or lost, tracking and monitoring will become super fast and easy.

India to launch its own IMEI Database

Telecom Ministry of India is all set to phase out Central Equipment Identity Register (CEIR), which will be a one of its kind unique database of all IMEI numbers activated in the country.

Actually it was first reported of such huge scale IMEI database in the National Telecom Policy-2012 report.

However it was delayed but finally Department of Telecom or DoT had approved this dream project in 2017, and a pilot database was created in Maharashtra, whose success has now prompted the creation of a pan India level IMEI database. This was created under BSNL’s Information Technology Project Service unit in Pune.

A sum of Rs 15 crore has been allocated for this pilot project by the Government of India for creation of this massive database.

As per an official representative who is working closely on this project, lost and stolen mobiles are a national security threat, and steps must be taken to neutralize them.

He said, “The theft and cloning of mobile phones have become a serious problem. The theft of mobile phones is not just a financial loss but also a threat to the personal life of the citizens as well as national security.”

How Will IMEI Database Work?

Central Equipment Identity Register (CEIR) will be a massive database of all IMEI numbers ever generated in India. Once this database is created and generated, then locating and tracking lost/stolen mobiles will become very easy.

In the process of finding or tracking your lost mobile, the mobile user will be required to report about the incident to the police station first.

Once a report is lodged, the user will be guided to call a helpline of DoT, and reporting the IMEI number.

Once DoT receives the IMEI of the lost or stolen mobile, then they can execute “IMEI-based lawful interception”, and block or blacklist that IMEI for ever.

Once IMEI is blacklisted by DOT, then that mobile phone will be of no use, and this will help a lot to discourage the practice of stealing and robbing of phones.

What Is IMEI & How IMEI Helps In Tracking Lost Mobile?

International Mobile Equipment Identity or IMEI is a unique identifier for each and every mobile phone ever manufactured. It is normally located behind the removable battery, but can also be intercepted by dialing *#06# on any mobile phone.

India is the second most largest market for mobile phones in the world with almost 1.2 billion active connections. As the only market with huge returns and positive growth in terms of smartphone sales, India has attracted major smartphone companies across the world to manufacture domestically by the launch of Make In India Initiative. At the same time, the market for smart feature phones like the JioPhone is swelling rapidly. While these statistics translate into massive opportunities for phone companies, the citizens also deal with the problem of widespread mobile theft and this large enormous pool of users makes tracking of stolen mobile phones very difficult for the law enforcement agencies.