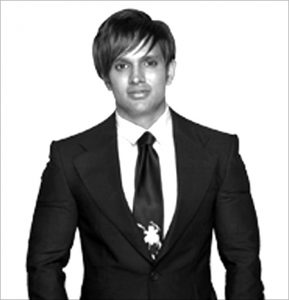 Industrialist and Business Tycoon Yash Birla had been declared as India’s latest willful defaulter by UCO Bank. The surprise action came from the bank over the failure of a Yash Birla Group to repay Rs 67.65 crore it owed to the state-owned bank. The real debt was owed to the bank by Birla Surya, a wholly owned subsidiary of the group involved in the manufacturing of solar power equipment.

Its really irony that the UCO bank which took legal action against Yash Birla was founded by his great-grand uncle and a former Business Stalwart, Ghanshyam Das Birla.

The bank was established in 1943 as United Commercial Bank by Ghanshyam Das Birla, the brother of Yash Birla’s great grandfather Rameshwar Das Birla. It was than nationalized by the Indian government in 1969.

Birla Surya had borrowed the money for the manufacturing of multi-crystalline solar photo-voltaic cells. The bank said in a press release that the company had a credit of Rs 100 crore, of which Rs 67 crore plus interest rate was due. The bank had termed the loan a non-performing asset (NPA) on June 3, 2013.

As per Reserve Bank of India’s guidelines, willful defaulters cannot avail any other facilities and their unit is excluded from floating new ventures or business for five years. The lenders may also initiate criminal proceedings against the defaulter.

According to the RBI’s guidelines, a borrower can be declared a ‘willful defaulter’ when he or she fails to pay his debts due to his own inability or actions. This also involves not paying despite having resources, diverting funds to other businesses or activities, or selling assets without intimating the lenders.

Yash Birla Group has more than around 12 companies, including Zenith Steel, Birla Lifestyle, Shola Infotech, Melstar Information Technologies. Couple of these companies are totally stressed or close to bankruptcy and have claimed to not be in a position to repay creditors. Last year, as many as three companies of the group – Birla Cotsyn, Birla Shloka Edutech and Zenith Birla – came under investigation for diversion of funds.

UCO Bank has been reporting losses for 14 quarters and its gross Non Performing Assets is at Rs 29,888 crore.

Birla was just the age of 22 when tragedy struck in his life. He lost his father Ashok Birla, mother Sunanda, and sister Sujata as they died in a plane crash in Bengaluru in 1990. A student in the United States back then, the young man was now suddenly heading a business empire of 20-odd companies ranging from automotive to yarn to power.

In the initial stages the Yash Birls group was run by advisers handpicked by Birla’s grandaunt, Priyamvada Birla. These advisers were unbiased and had no real interest in his business, Birla had claimed in 2012 in an interview with Business Standard. “By the time I got my own team, eight or nine years were gone.”

In 2012, the group had revenues of Rs3,000 crore ($430 million) and made a profit (before tax) of Rs1,000 crore. He also owned valuable real estate—he was once the proud owner of Birla House, a 1930s mansion which was spread over two acres in Malabar Hill, one of India’s most sought after neighborhoods, which once even hosted Mahatma Gandhi.

Yash Birla, who lives in Mumbai’s historic Birla House in the Malabar Hill area, has always been in news for his fashion sense, lifestyle and appearance just about everything other than his business.