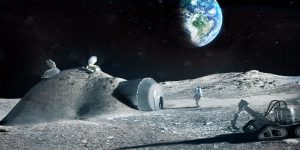 India is working very hard and making all the investments to achieve a milestone by creating its own space station following the completion of the country’s first manned mission into space in 2022, its space agency ISRO chief recently said.

The visionary space station, where astronauts can stay for a duration of 15 to 20 days, would be accommodated in an orbit of about 400 kilometers (kms) above the Earth, K. Sivan, chairman of the Indian Space Research Organization (ISRO) recently disclosed in a news conference.

According to Sivan the space station would weigh around 20 tonnes.

The ISRO will require a lots of time of about five to seven years to launch the proposed space station after its first manned mission which is to be completed in 2022, Sivan said.

One more mission, which was unveiled last year, will carry either two or three crew members to space for five to seven days in a craft placed in a low earth orbit.

India also made official announcement of its second lunar mission which, if successful, would make it the fourth country to perform a “soft” landing on the moon and put a rover on it.

Recently ISRO also made couple of announcement to launch two other space missions to observe and study the Sun and Venus. Mission named Aditya-L1 main goal is to explore the Sun’s corona that is responsible for the change in climate on the Earth and will be launched in the mid of 2020. Another mission aimed at Venus will also start over the next few years.

Dr. Sivan also said “While navigation, communication and Earth observation are going to be the basic necessity for us, it is missions such as Chandrayaan, Mangalyaan, and Gaganyaan that excite the youth, unite the nation and also pave a technological seed for the future,”

ISRO plans to launch Military Satellites to boost Surveillance, to keep an eye on China & Pakistan

In the past couple of months Amazon and Blue Origin’s billionaire founder, Jeff Bezos had also unveiled a new moon lander — Blue Moon, with all his focus, is dedicated to developing the infrastructure and colonizing on Moon. He said in an interview “My generation has to build the gateway to space so that the next coming generations can build lunar colonies in the future.”

Another American Innovator and Entrepreneur making a huge amount of investments from the last decade on space technology is Elon Musk. He is the founder of aerospace manufacturer SpaceX and Tesla Motors.

India is betting big and building a massive reputation in front of the world as a low-cost space power, after the 2014 launch of an unmanned Mars mission at a cost of just $74 million.