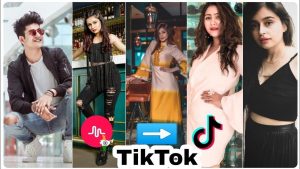 TikTok Parent company Bytedance Has New Plans To Launch New Music Streaming App In India To Compete With Spotify, YouTube Music, Saavn and Among Others.

Chinese internet sensation ByteDance who are behind viral social networking site TikTok, is all gearing up to launch a music streaming service to take on global giants like Spotify, Apple Music, and Jio-Saavn.

It is recently reported that one more player has entered the highly competitive music streaming industry and is ready to take all biggies and music world by storm.

Bytedance is the world’s most valuable startup which is currently valued more than $75 billion will offer both ad supported free as well as premium versions same on the lines of Spotify India. It’s main goal is to focus on emerging market with the music app where paid music services is yet to tap large amount of audience.

All credit goes to the massive popularity of TikTok, ByteDance has been able to been able to acquire large users base in a very short span of time.

And it’s interest in music does not come as a surprise considering music is part of the service’s charm and the app is a more direct way of converting TikTok audience.

The company has already in talks with 800+ music label companies to license to use their tracks on their music streaming platform.

Along with the music app, it has also expanded its app portfolio in diverse fields in hopes of finding the next big sensation. Earlier this year the company launched “Duoshan”, a video chat app that is mix of TikTok and Snap.

Another launch this week was “Feiliao”, another social media chat application.

India has already increased the global growth of TikTok by contributing 88.6 million new users to its platform in matter of 3 months.

The company has secured deals with the local giants such as T-series and Times Music for obtaining legal rights.

Considering the price sensitive nature of the Indian users, this has been a tough battle for many local as well as international music giants, most of whom now offer ad-supported free version.

Hopefully the launch of the app would put the limelight on ByteDance after the nation ban on TikTok regarding their questionable content and platform.

Keeping that in mind, Sameer Singh has been announced as Vice President, Demonetization (India). Mr Singh will work closely with the to bring ByteDance’s monetization efforts in India across platform such as TikTok and Helo to scale them greater heights.

It is estimated more than 150 million people in India use music-streaming services, and the market is predicted to reach Rs 3,100 crore by 2020, according to a Deloitte study.