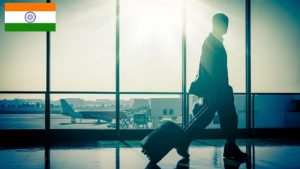 61,000 Indian millionaires left the country in the last 14 years: Why are the Richie rich fleeing the country.

The Indian economy has been declared the world’s fastest-growing economy, beating China at the game. However, the filthy rich population is looking for other countries over India as the best option for their future, and as per a fresh report, India stands third in the list of countries where HNWI’s (high net worth individuals) migrate to foreign countries.

As per the findings from Global Wealth Migration Review (GWMR), 2019 published by the AfrAsia Bank and research firm New World Wealth, 5000 super-rich Indian nationals have migrated out of the country in 2018.

On the number one position if the list is China, with 15,000 HNWIs leaving the country which makes up 2% of the total population. India has the second-highest millionaire outflow in the world and followed by Russia with 7,000 HNWIs or 6% migrating. However, 10% of the wealthy population of Turkey moved to other countries, but the number is only as lows as 4000.

Analyst had done lots of research and they charted out a couple of reasons behind this massive migration some of which are the safety of women and children, pollution, climate, space, financial issues, educational systems, the standard of living career opportunities, ill-practices, the tax system of the Government, and many more.

How it will be going to Affect The Indian Economy?

One of the most crucial and important reasons behind the super-rich people jumping the ship is due to improve and better business opportunities abroad. Once they find a better business atmosphere and flexible ecosystem in foreign countries, employment is offered to the locals, which results in a low level of employment rate in India and very poor job opportunities.

India is facing a huge job crisis in the country and unemployment is at 60 years high, and now super-rich Indians are opting to set up their businesses elsewhere will bring it all the more employment crisis. There is a big gap in the rich and poor population of India already, and reduced employment rates will result in the gap widening even further.

Another important point that why rich people move abroad is the Problematic taxation system in India. The tax system in India is definitely complex and time consuming. When super-rich Indians build their businesses in other countries, they also find a new alternative to evade paying taxes in India, which, again is a huge blow to the Indian economy.

This is a serious issue and the root cause for it is the taxation system in the country. If High Net-worth Individuals (HNIS) prefer to change their location to Dubai, London or some country which is a tax haven it is a serious cause of concern for the government. These HNIs are not just entrepreneurs but they are crucial drivers of private capital investment and if they exit it will lead to the decline of private capital formation in the country. Indian economy is already witnessing a decline in private capital investment and it is public investment or spending from the government that is fueling growth. Political parties are promising a lot of welfare schemes and they would basically add to the burden of the taxpayers, such exits may increase with the rise of the welfare state.

Developed Countries like Singapore, Hong Kong, United Kingdom, South Korea have simpler tax systems and many Indian startups are now moving their headquarters in such countries and pay taxes there to avoid the complex tax structure and slabs in India. A fine example would be Flipkart, which registered their parent company in Singapore, to save taxes imposed by the Indian government.

The Government is taking lots of steps and initiatives to boost India’s rank in the World Bank’s Ease of Doing Business index. Thie index consists of a list in which all economies across the world are ranked as per the ease of doing business they offer. Rank would be higher of the nation on the list, the greater is the business environment in that particular country.

However, if a huge number of Indian Millionaire Entrepreneurs take their businesses outside the country, this ranking will definitely go down the wire. As per 2018, India wasn’t in the top 50 countries in the World Bank’s Ease of Doing Business, and will probably go down if the super-rich individuals migrate their businesses in foreign countries.

Unlike most of the population, millionaires around the world may well choose where to live. They leave places where they are worst treated and go to places where they receive the best treatment. Along with them, go their skills and fortunes and also the jobs they generate.

Amazing news coming in every day. Poor keep getting doles while income creators leave at an alarming rate. I’m sure we will be told that this is also part of a grand plan which mere mortals cannot fathom right now. I guess we should all pray for ‘divine intervention’.

It doesn’t matter how many left. History and destiny of civilization aren’t decided by herds of rich (or poor) that left searching for greener pastures elsewhere by their own free will.
The future of civilization is written by people who persisted, stayed back and did something to improve it against all odds.