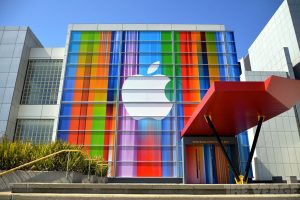 India is now all set to get its first Official Apple Inc retail store in Mumbai. As per the sources Apple has shortlisted couple of locations for its retail store in India. The iPhone-maker has reportedly zeroed in on couple of upscale locations in the economic hub of the country. Actually the strategic move comes as the tech giant is considering to develop a strong foothold in the world’s fastest-growing smartphone market.

The Cupertino-based Apple Inc is establishing to finalize its ultimate decision in the upcoming weeks. As per a report in Bloomberg, the sites which are shortlisted will be probably comparable to the iconic Fifth Avenue location in New York, the Regent Street store in London and the Champs-Elysees in Paris.

Apple has been prohibited from launching its own retail stores in India because it does not meet local sourcing requirements and logistics infrastructure. However, it is now shifting its manufacturing plants to India and is in consistent negotiations with the Indian government regarding its massive retail expansion.

Apple, with its expensive products in technology space has found very difficult to penetrate itself in India, where customers are opting for cheaper Android based smartphones from Chinese Smartphone makers like Xiaomi and Vivo. Manufacturing in India will also help the company do away with 20 per cent tariffs on imported phones and will also boost India’s Make in India Initiative which was powered by Indian Prime Minister Narendra Modi.

“India is a very important market in the long term. It’s a challenging market in the short term, but we’re learning a lot. We plan on going in there with sort of all of our might,” said Tim Cook after the company’s earnings report last week.

Separately, research company Canalys estimated that Apple’s shipments to India fell by more than 75 per cent in the first quarter of 2019. It now has only about 1 per cent of the country’s smartphone market.

Innovation is one of the lacking issues and exorbitant pricing are the two main reasons for Apple to lose its smartphone market share in India.

I recently bought a new Mac and the in-store experience was significantly underwhelming. As existing customers, we have all experienced the sleek and swanky layouts and hipster staff with their over-the-top swag for too long and will happily trade all that came from for some attentive and knowledgeable service.

Apple announced huge discounts and mega offers on its latest iPhone XR in the country. It offered a cut of Rs 17,000, bringing the price to Rs 59,000.

Will the strategy to open company owned stores help Apple to win back lost ground in a country widely known for price sensitivity?