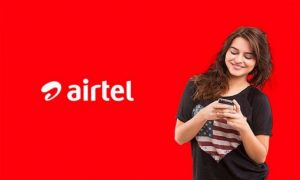 The Wynk Tube users will have an option to swap between audio and video mode of their favorite tracks in just a single touch similar to YouTube Music.

Bharti Airtel introduced the extension of Wynk Music with the Wynk Tube. The Wynk Music allows users to just stream audio content but now with the introduction of new Wynk Tube app subscribers will be able to stream both video and audio content simultaneously without switching the application.

Airtel’s OTT music streaming app Wynk Music has already received phenomenal success and outstanding response in India. With Wynk Tube app, Airtel main goal is to add the next 200 million smartphone users. The Wynk Tube app is free for the Airtel users. This means that the Airtel users will be able to watch videos as well as listen to their favorite music and watch audio tracks.

The Wynk Tube comes with a collection of over 40 lakh songs and couple of related videos. The app also comes with several other features like — Zero subscription charge for Airtel users with unlimited streaming and downloads, Auto pulls all MP3 music files already on the smartphone and uses as part of playlists, and One-touch play. The One-touch play offers users with Welcome playlists, Weekly playlists – that are refreshed based on customer search history.

The Wynk Tube app is currently available on all Android smartphones only and the file size will require would be just 5 Mega Bytes. The Wynk Tube is extremely lightweight and will be enable to operate seamlessly even on basic smartphones, including Android Go phones like the Redmi Go. The Wynk Tube is available in 12 Indian regional languages including Kannada, Marathi, Telugu, Tamil, Bhojpuri and other. The app is also available in besides English and Hindi. Similar to most streaming apps these days the Airtel Wynk Tube also enables a extremely personalized experience. It also features deep voice-enabled search that will primarily help users to discover their favorite music by just speaking the name of the music track.

The Wynk Tube app is designed and built for Indians by Airtel’s professional teams. With the application, Airtel core mission is to “simplify the digital entertainment experience for hundreds of millions of smartphones users, particularly in Tier 2 and 3 towns and rural villages”.
“Smartphone customers in these (Tier 2 and 3 towns and villages) markets have a huge craze and fascination towards streaming videos of their favorite music tracks.

Additionally there is also a huge gap and demand for music content in regional or vernacular languages and this app has it all which creates better user experience. Airtel has used a combination of smart, simple and user friendly interface backed by a powerful machine learning algorithm to power recommendations and personalize the application.”

Airtel Wyn Tune app Sameer Batra, CEO – Content & Apps, Bharti Airtel says at the launch of the event, “Wynk Tube has been built for India 2.0, keeping in mind the digital entertainment needs of hundreds of millions smartphone users in non-metros and small towns. An integrated audio-video music experience delivered in a simple yet intuitive vernacular interface makes Wynk Tube a unique and powerful proposition. Wynk Music gave shape to our journey to the first 100 million users and we believe Wynk Tube will accelerate our journey to the next 100 million users. Regional content and personalization through AI, big data will continue to be a big agenda for us and we hope to build Wynk Tube into one of the most popular music platforms in India with even the possibility of user-generated content as a differentiator.”