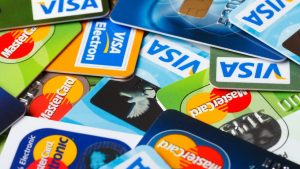 Ola and Flipkart are two of the latest internet companies aiming to tap the growing digital lending market in order to diversify its portfolio and improve its value offering to its users.

Ola Cabs is planning to launch its new credit card in association with State Bank of India. E-commerce giant Flipkart is also looking to offer credit cards in collaboration with Axis Bank or HDFC Bank.

India’s payment space if getting further interesting and engaging. Most of bigger merchants are already in payment space including Flipkart through Phone Pe or Ola with Ola Money & Ola Postpaid, and even Amazon; but they continue to looks for other alternatives for payments for their customers.

According to market experts both companies are looking to foray into Indian credit card business to understand the spending patterns of their users.

Ola will launch its credit card most likely in partnership with State Bank of India (SBI). The company will reportedly begin its pilot project as soon as early next week. Ola cabs aims to issue 1 Million credit cards in the first year of business. The report added that Ola is planning to offer features aligned with mobility, including a digital-first on boarding experience, real-time expense management, and an instant rewards system linked to card spending.

Walmart owned Flipkart, on the other hand, is partnering with Axis Bank or HDFC Bank later this quarter, the report claimed. The company is also tracking up to 1,000 data points to gauge a customer’s ability and intent to repay dues.

Meanwhile, there was also news reported that tech giant Apple is also planning to roll out its first credit card named Apple Card by end of this year. It will work with the Apple Pay account and allow users to make payments at the places that support the service. While the service is already available in the United States.

Lending seems to be a red hot space right now – with host of new launches planned/announced! Many consumer tech players are invading this space as it allows them to deploy Al and ML to understand the financial spend patterns and offer unique solutions. It is a welcome move as they would focus on new to credit segment and expand the market.

This is more important because of data playing big role as all such companies will have lots of insights into customer spending patterns and payment behavior. And this would not only allow them to engage better with their customers through rewards and offers, but also help them to open their credit line for customers by building credit underwriting models on their own.

Amazon with icicibank.
Ola with SBICard.
Vistara with axisbank.
And finally there is a possibility of Flipkart going with HDFC Bank.

Expecting a lot more to join the party !!