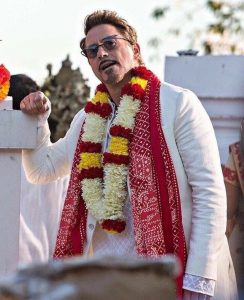 Avengers: Endgame has just hit the screens on April 26, 2019 and Robert Downey Jr, who is busy promoting the film in South Korea, took time out to interact with fans in India. Downey Jr, who has been playing the much-loved character since 2008, was in live conversation with his Indian fans from Seoul.

Speaking to the fans, the Marvel star said, “Avengers: Infinity War and Endgame were shot back to back. So it was the most time when most of the Avengers, Guardians and everyone spent together. So this Endgame really represents the culmination of the time in our lives when we’ve been the closest.”

Downey Jr, 54, was over the moon with the frenzy during the video conference and promised that he will visit India soon.

“You guys are just amazing fans. I can’t wait. I cannot believe I haven’t been to India. I’m coming there so damn soon,” the actor told close to 1,500 fans who gathered in the four metros to catch his glimpse.

Further on, he also said that he does not believe that he still hasn’t visited India and promised fans that he will visit the country ‘soon’. On being quizzed whether his and Pepper Pott aka Gwyneth Paltrow’s wedding destination could be in a city in India. He said first I will have to scout for places in India.

The over seven-minute-long live session left the fans with a memory to cherish forever and a hope to meet Downey Jr during his maiden visit to India, which he promised will happen soon.