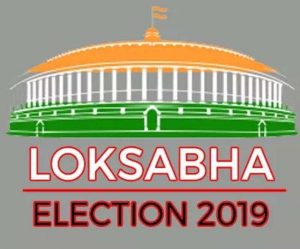 Voting began across 72 Lok Sabha constituencies spread over nine states, mostly in the Hindi heartland, at 7 am. In Mumbai — where all the six seats are voting today, actors and captains of the Indian industry were seen patiently waiting in queues early this morning.

“When India votes no one cares; when celebrities vote media covers”… My observations after watching media coverage of elections in Mumbai!!!

Overall voter turnout in the phase 4 of the national elections stood at 64 per cent. West Bengal continued to witness an impressive turnout in the fourth phase of the Lok Sabha elections with over half of the state’s electorates having voted till 3.30pm. Voters in Jharkhand and Madhya Pradesh also braved heat and headed to polling booths in large numbers as the states recorded 56.37 per cent and 55.22 per cent respectively. Polling booth in Jammu and Kashmir, however, were largely empty with just 8.42 per cent of the electorates voting so far.

Why do well-off people in cities like Mumbai not go out and vote? Why do they think it is uncool to debate or have an opinion about politics?
Privilege : Their life will be completely unaffected no matter what the outcome. They will either buy their way out of any misery that may befall upon them or just will not have to ever worry about any misery. For e.g. why will pollution matter to someone who is in a 15 Lac SUV and moves from one location to another where the AC is always on. A slum dweller can feel anger at a politician and will vote to show it. She has no access to running water, no access to clean toilets nor can she sleep all monsoon because her house is flooded. Travelling in trains is a daily risk to life and expensive healthcare is not an option. Most of us never have to deal with these problems. At most we can complain about traffic or the long queues at immigration at airport which are minor irritants compared to the ones mentioned before.
Unfortunately, most of these upper class, upper middle class voters aren’t even aware that they live a privileged life. Its almost impossible to inspire them to acknowledge it. I don’t see this situation changing in two cities in India – Mumbai and Bangalore. Awareness about civics is abysmal. Forget knowing your local municipal corporator, most don’t know what the municipality does. They don’t know what the difference between a MLA and MLC is or why the President and Governor exist. A lot of these people have post graduate degrees and can research the fuck out of anything that interests them. However, they won’t worry about elections because it doesn’t affect them and will hence make no effort to understand or do anything about it. It’s not really anyone’s fault. It just is the nature of our democracy. It is a privilege to not worry about who runs the government. Because, there is no struggle and no suffering.

I thought I won’t be able to vote today. That’s because my name did not figure in the Election Commission’s online list and I never got a Voter ID.

But one of good friend suggested that I should just go and give it a shot at the pre-booth. Initially they said my name’s not there, but they tried a couple of times by swapping the middle name and the last name. Well, it worked, and I could do my bit for our democracy.

Learning: Don’t rely on what shows (or does not show) online. There’s a good chance your name is on the list, especially if you have voted in previous elections.

Going that extra mile always helps. Both literally and figuratively.

After I cast my secret ballot, in the General Elections- India 2019, yesterday, I was filled with delight!

As I was making travel arrangements, I was thinking, “Do I really need to do this? What difference will it make? Just one vote in 900 million, will it matter?”
I am very glad that I exercised my constitutional right.

Every vote counts, so take this opportunity and shape the destiny of your country.

My sincere appeal to every eligible voter who is an Indian citizen, to please vote !!

Of the 72 seats, mostly on the Hindi heartland, the BJP will aim to defend 56 seats it won in the 2014 elections. The Congress — which won just 2 seats — will aim to better its tally.

Polling for the seven-phase election ends on May 19, the counting of votes will be held on May 23.