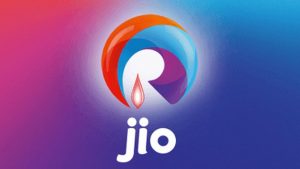 Mukesh Ambani’s backed Telecom Giant Reliance Jio has now officially achieved new milestone by becoming second largest telecom company in India. The company said that it has beaten Bharti Airtel in terms of customer and subscriber base and now trails only Vodafone Idea.

Reliance Jio gains mainly from lower Depreciation & interest cost. A closer analysis of Jio’s Financials suggests the profits are primarily a function of its unique depreciation policy and its low-interest cost, rather than high greater revenues or operating profit.

Jio’s policy is compatible with Accounting Standards but is deemed aggressive from a #Financial perspective.

According to Jio, its depreciation and interest costs are calculated on the basis that it is only utilizing 20% of its assets. In comparison, others follow a policy where entire assets and debt are accounted for irrespective of their utilization.

This allows Jio to report higher profit before tax even though it lags behind Airtel in terms of operating profit. But higher reported profits may not necessarily translate in greater Cash Flow from operations as Jio continues to burn cash and make fresh capital expenditure funded mainly through debt like its other telecom peers whose gross debt to equity ratio at 1.7x was similar to that of Jio (at end of Sep’18).

Jio, since its launch in September 2016, has seen a phenomenal growth on the back of aggressive investment and dirt-cheap mobile and data tariff plans.

On the other hand, Airtel, which dominated the Indian telecom space for almost 20 years, is witnessing a drastic fall in revenues, profits and customer base. It was first overtaken by Vodafone Idea in the mid of 2018 when both entity got merged and now finds itself at the third position.

Over the past one year, Jio’s active subscriber market share has gone up to 24 per cent, gaining 9 percentage points (ppts), while Bharti Airtel has sustained its market share at 32 per cent and Vodafone Idea lost 5 percentage point to fall to 37 per cent, according to a report released by brokerage firm CLSA this month.

Adapt or Die – Mukesh Ambani’s vision, sheer pace & agility to adapt simply outpaces the competition …. An absolute example of how a established company goes down within 2.5 years of operations of a new one. If they still don’t see the change coming. Vodafone Next in line