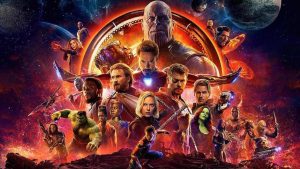 Avengers: Endgame has sold more than 2.5 million advance tickets — a new record for any Hollywood film in India, AFP reports, quoting BookMyShow data. Demand for the latest Marvel series movie is so high that some cinemas are planning round the clock screenings, said Ashish Saksena, chief operating officer of BookMyShow. But just a day ahead of the film’s opening, a torrented version or pirated copies of the full movie was leaked by Chinese fans, along with a second version pirated by a Russian betting company.

Looking at the craze of the film; it can break all records in India!! Trade is supremely confident that this film will emerge as a huge grosser..

This is Crazy , 3 AM show and it happens only in India #avengersendgame. They sold 18 tickets per second really learn Bollywood some tips

As per film trade analyst Taran Adarsh, the film has emerged as the biggest opener from the Hindi film industry.

Calling it an “eye-opener” for Bollywood, Adarsh tweeted, “the film sets new benchmarks on Day 1. An eye opener for the industry that feels national holidays/festivals yield best results at the Box Office.”

Marvel’s previous outing Avengers: Infinity War had opened to Rs 31 crore in last year 2018, and is the highest grossing Hollywood film in India. Baahubali 2: The Conclusion, on the other hand, collected an estimated Rs 122.03 (cumulative figure of all languages). The multi-lingual fantasy drama collected an estimated total of Rs 40.75 crore from the Hindi market. The remaining Rs 81 crore was amassed from the other regional markets.

Avengers Endgame 24 x 7 in cinemas in India. Never seen this before. Weekend is already full house and weekdays are seeing similar demand.