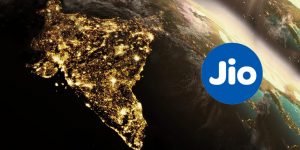 Reliance Jio is reportedly testing a Triple Play plan for its Jio GigaFiber FTTH service which will offer data, calling, and IPTV benefits under a single plan.

Reliance Jio is reportedly testing a Triple Play plan for its Jio GigaFiber FTTH service which will offer data, calling, and IPTV benefits under a single plan. According to media reports, Jio is currently testing this plan on GigaFiber connections on its employees, which might mean a commercial roll out in near future. The report said that Reliance Jio is offering internet, voice calling, Jio TV subscription and access to the Jio apps bouquet under this Triple Play plan. Reliance Jio will launch its GigaFiber FTTH service in 1,600 cities after beta testing the broadband connection in selected cities.

However, the company is yet to announce the pricing and availability of the service, the report said, adding that the telecom operator has completed the acquisition of Den Networks and Hathway Cable and Datacom Limited.

Reliance Jio is also testing a new Triple Play plan for its GigaFiber FTTH service which offers a validity of 28 days with 100 GB of data at 100 Mbps, the report said, adding that the Triple Play plan also offers unlimited voice calling, subscription to Jio Home TV and access to Jio app suite.

While the exact cost of the Triple Play plan is still not confirmed , some other details have surfaced. According to available details, the plan will offer 100GB high-speed data at a speed of 100Mbps, unlimited voice calling, Jio Home TV subscription and access to all Jio apps.

With GigaFiber, Jio offers a high-speed dual-band Wi-Fi router that can support multiple devices and also caters to modern devices with the faster 5GHz bandwidth.