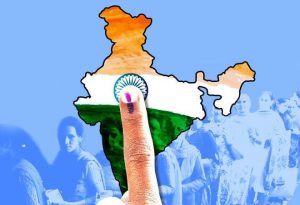 Rahul Gandhi’s nomination papers for the Amethi Lok Sabha constituency are valid, the UP seat’s returning officer said today, rejecting objections on the Congress president’s poll documents after allegations of discrepancies over citizenship and other issues.

Now, there is lots of buzz around the congress party over Allahabad as Priyanka Gandhi’s probable seat. Even as there is no clarity on whether Priyanka Gandhi, 47, will fight in the 2019 Lok Sabha elections, there has been some speculation of late that she may contest from Varanasi against Prime Minister Narendra Modi.

From government to political parties to companies, all are encouraging people to cast their vote this general elections. Keeping in mind the importance of higher participation in voting, companies are offering discounts on products and services.

Companies like Hero MotoCorp, Subway, Future Retail and Westlife Corporation are offering as high as 30% discount to their customers if they show their index finger as proof.

India’s Leading Two Wheeler Manufacturer Hero Motocorp is providing two-wheeler wash and services for Rs. 199 for customers who show that they’ve voted. The service normally costs between Rs. 500 and 600. The unique offer is available after every polling day in each of the seven phases of the election.

Subway is offering an 18% discount on food items to Indian voters. “We will complete 18 years in India. In a symbolic way, we have grown with the youth of the country. The prime objective of offering discounts is to encourage the youth to exercise their right to vote,” said Ranjit Talwar, country director, South Asia at Subway.

Retail Food Chain McDonald’s, is also giving a Rs. 50 discount on items such as McSpicy Chicken, McSpicy Paneer Burger along with a coke in various cities in Tamil Nadu, Karnataka, Gujarat, Kerala, Pune and Mumbai for people to caste their vote.

Lok Sabha election 2019: Voting in 115 constituencies across 15 states will be held tomorrow in Phase 3 of the Lok Sabha elections. Of total candidates this time, as many as 316 are from national parties; 76 from state parties; 496 from registered unrecognized parties; and 724 independents. A total of 392 candidates are crorepatis, with around 10 per cent (around 160) having assets above Rs 5 crore. All parliamentary constituencies in Goa (2), Gujarat (26), Kerala (20), Dadra and Nagar Haveli (1) and Daman and Diu (1) will go for polling in the third phase.