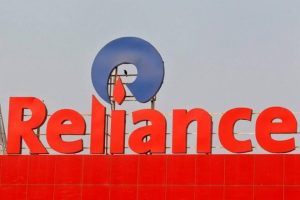 Reliance Retail touches the new milestone by becoming the first Indian retail company to register more than Rs 100,000 crore in annual revenues after the retail arm of Mukesh Ambani-led Reliance Industries Ltd (RIL) reported a whopping 89% rise in income for the fiscal year 2018-19 to Rs 130,556 crore, up from Rs 69,198 crore in the previous financial year.

Reliance Retail’s profit before depreciation, interest and taxes (PBDIT) rose 77% to Rs 1,923 crore for the fourth quarter of financial year 2018-19 ending March 31, 2019, the company said in its earnings announcement on Thursday. For the same period of last fiscal the company had posted PBDIT of Rs 1,086 crore. Business PBDIT for the financial year 2019 grew by 145.2 percent year-on-year to Rs 6,201 crore as against Rs 2,529 crore in previous year.

On other hand Telecom venture Reliance Jio has hit a new milestone of crossing 300 million customers mark in two-and-a-half years of its operations, sources said.

Jio became the fastest company in the world to achieve 100 million telecom subscribers in 170 days of starting commercial operation.

In its earnings report for the quarter ended December 2018, Bharti Airtel had disclosed that it had 284 million customers.

Bharti Airtel crossed the 300 million customers mark in 19th year of its operations.

Vodafone Idea became the largest telecom player in the country with 400 million customers following the merger of mobile business of Vodafone India and Idea Cellular on August 31, 2018.

According to the company, Reliance Retail achieved another milestone and becomes the first Indian retailer to cross more than 10,000 stores. It currently operates 10,415 retail stores in over 6,600 cities covering an area of over 22 million sq ft as on 31st March, 2019. Compared to that Future Group, the second biggest retail enterprise in India, operates about 2,200 outlets nation-wide with about Rs 35,000 crore of annual consolidated revenues for the retail conglomerate.

The company said its expansion and diversification continued in the grocery and consumption based portfolio with strong like-for-like growth across Reliance Fresh, SMART and Reliance Market stores in the fourth quarter.

During the year, Reliance Retail opened 76 new Digital stores, 2,219 Jio Stores and operates more than 8,000 Digital and Jio Stores put together as on 31st March 2019.