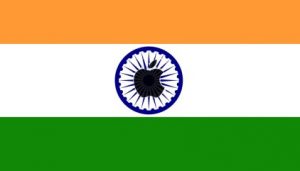 Foxconn is about to start the trial run for the production of latest iPhoneX in India as Apple seeks to revive its fortunes in the country.

Apple Mobile phone manufacturer Foxconn is set to start its production of the iPhone X in India this July, according to the media reports production will take place at Foxconn’s Chennai plant in eastern part of India.

According to an official with knowledge of the company’s plans, Foxconn hopes to step up production capacity and “diversify to even higher models going forward.” Today’s report sees Foxconn’s plans to move some of its production outside of China begin to take shape, following the manufacturer’s trial production of the iPhone X earlier this month.

According to market reports in 2018 there were lots of news flowing about Foxconn’s plans to produce high-end iPhones in India. According to a Reuters report, Foxconn invested $356 million to expand an existing plant and take on the new iPhone production, creating as many as 25,000 jobs in the manufacturing process.

Empower and assist in developing new manufacturers is what you should be doing at this stage. Call it philanthropy, call it wealth redistribution, call it creating jobs etc. New people assembling your products will only benefit apple. Unless apple looks at an alternative manufacturing company for its products, it will lose its hold on the product itself. All eggs in one basket ? Not a good idea Mr Ceo Tim Cook. Just having another facility under the same manufacturers is not enough.

Foxconn has been considering expanding its production plants in India as a way to diversify its logistics and supply chain away from China, where most of the Taiwan-based firm’s facilities currently are located. Apple manufactures most of its iPhones through Foxconn.

In the past Apple has associated with Wistron to produce iPhones in India, including the iPhone SE and iPhone 6s. When building iPhones in India, Apple is able to avoid import duties placed on imported smartphones and their components. More production in the country also helps Apple meet India’s 30 percent local sourcing requirement that would allow Apple to open its own local retail stores.

Production of the iPhone X family in India appears to be part of Apple’s revamped India strategy, which also includes better and longer-lasting retail deals with higher sales targets, the opening of official Apple retail stores in India, “overhauling” the company’s relationship with independent retailers, and improving apps and services “aimed more closely at Indians.” Due to the high price of iPhones in India, and other reasons, Apple has continually struggled in the country, leading to the new strategy.