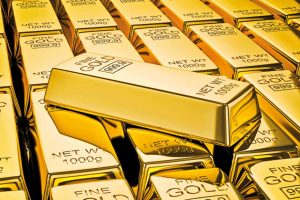 India, which is the world’s largest consumer of gold, has the 11th largest gold reserve, with the current holding recorded at 607 tonnes, as per the latest report by the World Gold Council (WGC).

India’s overall position in terms of overall gold holding would have been on 10th on globe had the list included only countries. But however International Monetary Fund (IMF) is included and is third on the list with total gold reserves of 2,814 tonnes.

The numero one position is occupied by the United States., which pegs gold reserves of 8,133.5 tonnes, followed by Germany with 3,369.7 tonnes. Italy and France complete the top five list with reserves of a little over 2,400 tonnes each. Meanwhile, among Asian countries, China and Japan have more reserves of the precious metal when compared to India. China – WGC takes into account only ‘Mainland China’ – has reserves of 1,864.3 tonnes, while Japan has gold reserves of 765.2 tonnes. “Following the multi-decade high in gold reserves growth in 2018, central banks’ appetite remained healthy at the start of 2019,” said Alistair Hewitt, Director of Market Intelligence, WGC. “Gross purchases of 48 tonnes and gross sales of 13 tonnes led to global gold reserves rising by 35 tonnes on a net basis in January, with sizeable increases from nine central banks. This is the largest January increase in gold reserves in our records [back to 2002], and illustrates the recent strength in gold accumulation,” added Mr. Hewitt.

It should be noted that RBI is not alone in increasing its gold reserves.
According to the Council, central banks of various countries added as much as 35 tonnes on a net basis.
This could be due to the widespread feeling among the central banks for the need to diversify their reserves at a time when the US dollar was strengthening.
Gold has been traditionally viewed as a stronger hedge against the dollar when compared to other currencies.

He highlighted the fact that demand was concentrated among emerging market central banks, with diversification the key driver in the face of ongoing geopolitical and economic uncertainty. Meanwhile, countries like Taiwan, Portugal, Kazakhstan, Uzbekistan, Saudi Arabia, United Kingdom, Lebanon and Spain, along with the European Central Bank, complete the top 20 list of largest gold reserves.

Pakistan, with its gold reserves of 64.6 tonnes, currently stands at the 45th position.