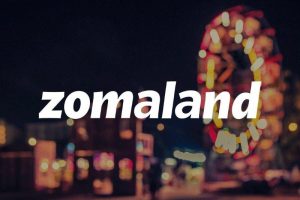 Zomato is in constant process to strengthen their foots and consolidate in the market to achieve its goal as India’s premier food company.

Zomato, Online restaurant discovery and food ordering platform Zomato is now foraying into Event Management & Promotions market and has now launched Zomato Events. And now Zomato has entered into the event space and are all set to launch a mega event by early 2019 called Zomaland.

Zomaland, a multi city food carnival is looking to be one of its kinds with about 400 restaurants partnering for the mega event. The event will be kicked off early next year and will be taking place in 4 major cities with an expected footfall of Two lakhs people.

“At Zomato, given our focus on food, we tend to think of ourselves as a food company, and not just a food-tech company. We fundamentally believe that that the restaurant channel or the out-of-home food cooking theme will be dominant as well, and we are trying to grow that as much as we can,” said, Gaurav Gupta, chief operating officer at Zomato “The idea behind doing this is that if there is a food experience that needs to be brought to the user, even if it’s an offline one, we should be the ones bringing it to the consumer. We want consumers to have a great experience with food offline as well.”

Currently Zomato maintains very strong relationship, on both sides with the restaurants and the end consumers, getting an audience will not be a difficult task. The only thing Zomato has to be very careful and concerned is that as compared to the technical nature of business in running an app, an event, on the other hand, requires a lot of groundwork, which might prove as a hard pitch for Zomato. But if Zomato is able to pull this off, they will surely be having another mega business avenues.

Zomato ended FY18 with a 40% growth in revenues at Rs 466 crore and going forward with these initiatives and continuous endeavor to please customers, the future looks bright for Zomato.

Zomaland looks like a big bet for which Zomato will use its valuable relationships with restaurants to its advantage. Having worked closely with restaurants for years, Zomato in the past has been able to launch programs like Zomato Treats, which gave online customers a free dessert each time they place a order, and more prominently Zomato Gold, a loyalty program which gives members a flat 50% off when they dine at selected restaurants. Zomato seems to be using its new innovative strategy with restaurants to launch Zomaland as well — there are few other companies in India which can get together 400 restaurants to launch their own food carnival.

Yet while Zomaland will likely find an audience, primarily because of the large user base Zomato already has on its platform, this will be one of those events that Zomato will find extremely difficult to build and replicate successfully. Offline events require planned groundwork each time they’re organized and executed, and tech solutions can only help so much. But if Zomato can pull off a successful Zomaland next year, it might just have created another mega business model for itself, and given itself yet another finger in India’s food market pie.