An exclusive jewellery store for the millennials, with pieces which are sleek, stylish and trendy, yet simple and affordable, that too with blessing from their heartthrob, Salman Khan.

Delhi based businessman and Bollywood actor Aayush Sharma, who made his latest Bollywood debut in the Salman Khan Films Production, Loveyatri, cut the ribbon to open the new world of exclusive Being Human Jewellery to the public. Aayush is also Salman’s brother-in-law, he got married to his sister Arpita Khan. 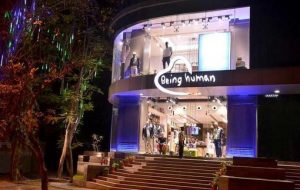 The Being Human brand has collaborated with Mumbai based Style Quotient Jewelry Private Ltd for the opening of its first exclusive franchise designer store in the north Indian city of Chandigarh.

Being Human – The Salman Khan Foundation has teamed up together with Mumbai based Style Quotient Jewelry Private Ltd. to present Being Human Jewelry’s first exclusive franchise store in Chandigarh.

Being Human Jewelry’s Franchise store in Chandigarh was introduced by Bollywood Actor Aayush Sharma, who made his bollywood debut in 2018 with the Salman Khan Films Production – Loveyatri. 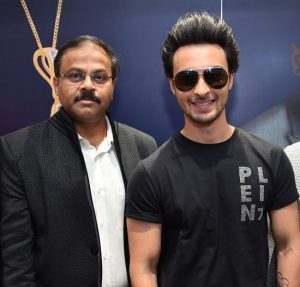 On this event, Salman Khan, Bollywood Actor, said, “It feels great that we are taking our next step of expansion with Being Human Jewellery’s first Franchise Store in Chandigarh! The people of Chandigarh have always given me a lot of love and I hope we continue to receive it.”

Actor and Businessman Aayush Sharma, also expressed at the launch of the store, “It’s an honour to be in Chandigarh and inaugurate the first Franchise store of Being Human Jewellery. Arpita is closely and personally involved in developing the design and range for every woman aspiring for an exquisite jewellery piece and hence, my presence here. I hope Chandigarh welcomes the Brand with their world-renowned enthusiasm, which we, as a family, have all been fortunate enough to enjoy.” 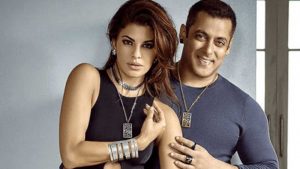 Prasad Kapre, CEO and Director of Style Quotient Jewelry Private Limited, the organization holding the worldwide licensee of Being Human Jewelry, communicated, “After an effective dispatch, Being Human Jewelry is altogether prepared for a forceful development plan. With Chandigarh being our first establishment store, it sets the tone for forthcoming Being Human Jewelry stores the nation over. Ladies will now approach a popular, smooth, moderate and exquisite gems range to embellish their look.”

About Being Human Jewelry

Style Quotient Jewelry Private Limited, are designers of flawless adornments, lodging different brands under one umbrella. This brand is working under the authority of Prasad Kapre, an incredibly famous visionary in the Indian Jewelry Industry. It is their undertaking to make extraordinary brands and feature to the world, India’s talented craftsmanship, and design capabilities.

The store was inaugurated by Bollywood actor Aayush Sharma and will house a range of fine jewellery comprised of lightweight collections in plain gold, diamonds, and coloured stone pieces.

Being Human Jewelry was remarkably launched in 2016 on the event of Salman Khan’s 51st birthday and is currently available at leading jewellery stores and sold exclusively online on Amazon.

After Chandigarh, Being Human is also planning to launch around six to seven exclusive stores – by the end of the current financial year in other tier 1 cities like Lucknow, Bhubaneshwar, Jabalpur, etc. It has already recently partnered with Damac Group to open 100 strores in the Middle East countries. The next strategy is to build a strong presence and stronghold in global markets like USA, Europe and South Africa.