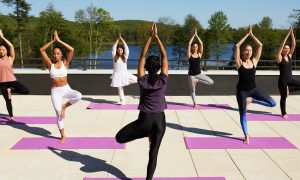 YO1 – a dream project of Rajya Sabha MP Dr Subhash Chandra – is the largest nature cure centre in the United States.

Indian Prime Minister Narendra Modi inaugurated a nature center in the famous city New York on the International Day of Yoga and declared that he was confident that the antiquated Indian physical and mental practice can turn into a binding force for the world.

Prime Minister Modi initiated the ‘YO1 Nature Cure Center’ in the Catskills region of New York through a video interface platform on the event of fourth International Day of Yoga.

”Yoga, which has become a mass movement in the past three years, can become a unifying force for the world,” the PM said.

The Indian Consulate General here said YO1 is a “substantial Indian speculation” in New York and will add to the wellbeing of New Yorkers.

PM Modi, in his video address, said that in just a matter of three years, the International Yoga Day had grown into a worldwide public movement and has become an integral part of public life in many countries. “Its impact has expanded far beyond its day of observance… It has become an occasion of initiation for millions inspired by the spirit of yoga, they commit themselves to its pursuit,” he said. 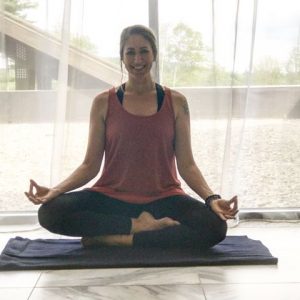 PM Modi said a few people, who has already done Yoga, re-devote themselves to its interest. “The surge of enthusiasm for Yoga fills me with trust. I trust that Yoga can turn into a cosmic power for the world,” he said.

YO1, which implies youthful in Sanskrit, is the first of its kind nature cure center in America situated in Monticello in the beautiful locale of Catskills.

Terming it as a gift from ‘Bharat to the US’, Subhash Ji, said that YO1 that is ‘Youvan’ means youthfulness in Sanskrit will connect people to mother nature on the lines of Ayurveda.

The centre has been built as a state-of-art facility and will be a wellness destination that will offer therapies based on ancient Indian Yoga and Pranayam. 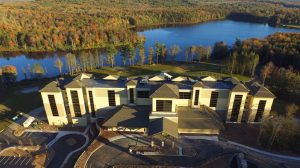 The Yo1 was built at an estimated cost of Rs 25 crore. The 200-acre centre is spread across a lush green campus of 1400-acres.

YO1 Luxury Nature Cure has 131 guest rooms and suites. The Ayurvedic and Naturopathic therapies coupled with Yoga, Acupuncture, and Physiotherapy are designed to cleanse, detoxify and refresh you as part of the process.

The United Nations General Assembly in December 2014 had proclaimed that June 21 would be seen as International Day of Yoga every year.