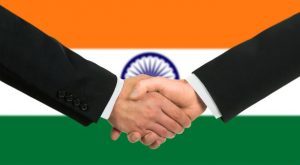 Andhra Pradesh Chief Minister Chandrababu Naidu would be feeling very proud and satisfied today, central government’s ease of doing business index for states for the second back to back year, in front of the industrialized states, for example, Gujarat, Maharashtra and Tamil Nadu.

Telangana secured the second spot, while Haryana came third among the states and Union Territories as far as business reforms implemented by them.

For instance, Andhra Govt. successfully implemented the reforms in Building and Other Construction Workers (Regulation of Employment and Conditions of Service) Act, 1996 which enabled single-window clearance and certificate issuance for all citizens.

The rankings, together arranged by the World Bank and DIPP, fill in as a registration of sorts for assessing states on a 340-point Business Reform Action Plan, between the time of July, 2016 and July, 2018.

“The ranking for states in business reforms is part of our ongoing Business Reform Action Plan. This highlights the most business friendly states in India,” said Ramesh Abhishek, secretary, DIPP.

In the third release of rankings, DIPP completed a far reaching business-to-government (B2G) input work out, where criticism was taken from organizations on the nature of usage of the changes asserted by the states.

A year ago, India progressed to the 100th rank in the World Bank’s Ease of Doing Business rankings for 2016, hopping 30 positions from a year ago.

Meanwhile it is very disappointing and bad news for Aam Aadmi Party-led Delhi Govt. as they continued to slip in ranking.

If we compare the percentage of points secured, then states like UP, Bihar and Jammu & Kashmir scored higher than Delhi when it comes to Ease of Doing Business.

While the City Govt. scored only 34% in compliance of reforms, Delhi slipped on 235 reform initiatives, thereby showcasing one of the worst performances by any state or Union Territories.

While 23 states submitted information for the rankings, different states have neither shared their information nor guaranteed any changes, coming about them being positioned at the bottom of the list.