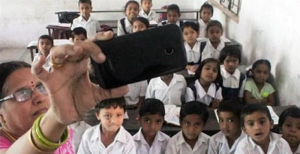 A couple  of government led public school teachers are saying that the move would face practical hurdles since many teachers do not use smartphones and some teach in areas where there is no internet connectivity.

To keep close eye and also to restrict absenteeism among teachers in government schools and institutes, teachers in Uttarakhand’s Kumaon division have been requested to post selfies with their class students on WhatsApp Groups.

Education officials and authorities will be part of the group and will monitor attendance of teachers. In 2017 the state education board declared that a smart phone application that permits government teachers to confirm their attendance by transferring their selfies is in development phase. The application called Ujwal Seva Uttarakhand which monitors teachers participation, be that as it may, is yet to take off.

On last Saturday, the recently selected Kumaon official Rajiv Rautela issued orders that stated, “government educators in Kumaon division should post their selfies in classes on WhatsApp gatherings.” There are around 7,845 government-run schools in six regions of Kumaon.

Rautela told Times Of India, “Region judges and the instruction office have been requested to take measures to enhance training offices in the division. This is only the initial phase toward this path. We trust this will control non-appearance among educators.”

Nonetheless, numerous administration teachers said that the move would confront down to earth issues since numerous instructors don’t utilize cell phones and a few zones don’t have a internet connections.

A teacher from a government school in Almora district said, “I am regular to classes but there is no internet connectivity in my locality. Will I be marked absent every day if I am not unable to upload and send my selfies on whatsapp group due to poor connection?”