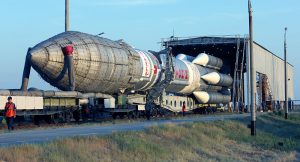 As indicated by a report from TOI, some of these satellites are noteworthy for key purposes as they will be utilized by the military to watch out for the development of India’s antagonistic neighbors and protect our territory and ocean fringes.

In September, Isro will dispatch a committed satellite, Gsat-7A, for the Indian Air Force (IAF) which will be lifted by a GSLV Mk II rocket. Another satellite, a propelled remote detecting gear, Risat-2A, will be propelled before the year’s over. Implied for reconnaissance purposes, both the satellites will help in keeping our skies free of intrusion.

The Gsat-7A will empower the IAF to interlink distinctive ground radar stations, airbases and AWACS flying machine, aside from boosting the IAF’s system driven fighting abilities. It will be like Gsat-7 or Rukmini, which was propelled on September 29, 2013, solely for the Navy. Gsat-7 has been of monstrous help to the Navy as it gives constant contributions to Indian warships, submarines and oceanic flying machine or maritime aircraft. It additionally helps in observing Chinese movement in the Indian Ocean Region (IOR).

Risat-2A will support the nation’s reconnaissance capacities as it conveys an advanced radar, which will help in the perception of a zone independent of low light and climate conditions. Other than the military satellites, Isro will likewise dispatch its “heaviest satellite ever” Gsat-11 weighing 5.7 tons from French Guiana by June. With right around one dispatch each month, 2018 will be a bustling year for ISRO.