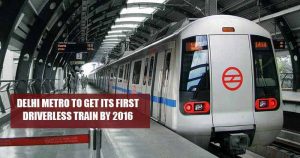 Delhi Metro is getting a face-lift and becoming a whole lot Automized. Your daily rides will become more exciting as DMRC plans to make the metros, ‘driverless’. The DMRC plans to open a section of phase-III in coming March. However, driverless trains will operate only by mid 2018. The passengers will have the first contact with new trains at Botanical Garden-Kalkaji corridor. These trains will run on two new lines Pink (Mukundpur-Shiv Vihar) and Magenta (Botanical Garden-Janakpuri west) and will cover a distance of 96 km. DMRC has acquired these trains last year from a Korea-based manufacturer. Delhi Metro gets the First Driver-less Train in the Country. The trains have been acquired from a Korea-based firm and are being assembled in India.

Delhi Metro Rail Corporation (DMRC) on Monday today, has placed two state of art coaches on the tracks near the Sadar Bazar metro station of the upcoming Magenta Line. It was done to expedite trial runs on a 13-km-long section between the Janakpuri West, one of its ends, and IGI Airport (domestic terminal) stations. The other end of the line is at Botanical Garden in Noida. Phase III will see the implementation of the Communication Based Train Control (CBTC) technology for the first time. Executive Director Corporate Communication Anuj Dayal informed that presently these trains are being run with driver but later can be run without drivers.

The Delhi Metro Rail Corporation is testing cutting-edge driverless trains from July these trains are equipped with cameras and sensors that stand in for human operators a year after their deployment they will run with human
assistance on board. The newly built coaches were launched at Mikuni pool depot which has been constructed specifically with the driverless trains in mind. DMRC will run Navy one such trains 14 have already reached Delhi’s mukunda pull Depot and will initially run manually before the autopilot is enabled these are remote-controlled trains all operations including start halt and acceleration will be handled from an operation controlled centre continuous two-way
communication will be insured with the centre CCTV cameras to capture train movement. Real-time obstruction deflection device installed on trains to avoid collision features for passengers include more space with increased seating capacity and additional emergency buttons are available. Wi-Fi facility the metros will also include a digital route map on an LED screen USB port and charging sockets and special place for wheelchair bound passengers.

Additionally other features include a maximum speed of 95 kmph higher acceleration resulting in ten percent jump in scheduled speed and higher regeneration to lower energy consumption by twenty percent. Additionally the driver’s car will be able to accommodate 40 more passengers the trains will include noise damp is to reduce wheel noise. The remaining four coaches of the train will be positioned on the tracks in the next few days after which the process of starting trials will begin which may continue for few months.

In a year’s time, DMRC has carried around 700 million people. That is more than the double of the population of the US.

With more than 200 trains running, the Delhi Metro covers approximately 69,000 kilometres in a single day. The circumference of earth is just 40,075 km. 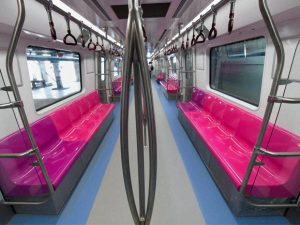 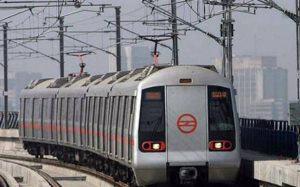 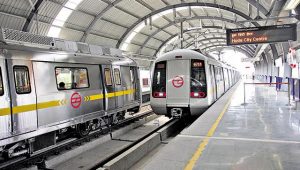 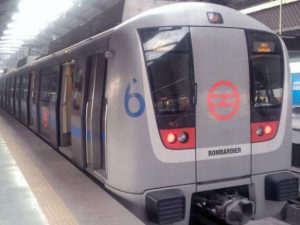