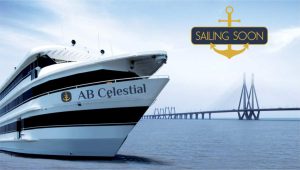 Wow its amazing by introducing one more tourist attraction for Mumbai, the Maharashtra Tourism Development Corporation (MTDC), in partnership with WB International Consultants and AB Hospitality, has announced the launch of a first of its kind dining floating hotel (floatel), which will be docked at Bandra under the iconic Bandra-Worli Sea Link.

Worli – Floating hotel… yes you heard it right, it’s the floating hotel it is some thing which is unbelievable but that’s true. The first private floating hotel in the city started operations from Saturday after it is launched by chief minister Devendra Fadnavis in the evening. A hotel in which you can enjoy your food in peace having a look of the deep blue sea while having a round of the sea. After 108 permissions, 3 years and she finally made it! Lets welcome Mumbai’s first floating restaurant, AB Celestial. Waiting stylishly for you at the Bandra end of the sea link.

I am here today talking about at mumbai’s first floating restaurant and it took about under the need for missions and  meals for it to be a reality but this three-story luxury ship has been caused all the way from the coast of Florida and now it offers three restaurants and a banquet hall. Luxurious ship a visa let’s still has been anchored at bandra end of the ceiling the ground floor of the hotel is a 24 hour coffee shop. The second floor has a high-end lounge bar and the open terrace is the sky lounge and also offers dining area so we allowed to just walk in and no reservation required. It is designed and imported from the US, having three-tier luxury dining floatel with a sky deck, two galleys and a capacity to accommodate a minimum of 660 guests across four tiers.

The concept is conceived by WB International Consultants (the founder of AB Celestial) in association with MTDC and Maharashtra Maritime Board. The floatel is a 4-tier luxury yacht anchored near the iconic Bandra-Worli Sea Link. It boasts two multi-cuisine restaurants, a 24-hour coffee shop and a banquet hall. The floatel, named ‘AB Celestial’, will be open to public from mid-August. The project is targeted at foreign and domestic tourists as well as food and fun loving Mumbaikars.

The hotel officials said, it is continental food and a meal for two persons could cost between Rs 3,000 and 5,000, including drinks.The floating hotel, mainly targeted at affluent and foreign tourists.Currently in India, Goa, Karnataka, Kerala, Tamil Nadu and Puducherry have floating hotels. Globally cities like New York, Dubai, Hong Kong, Saigon in Vietnam have floating restaurants. 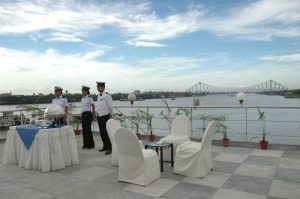 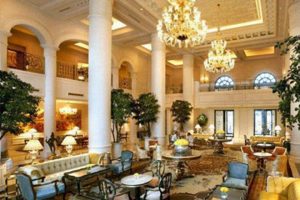