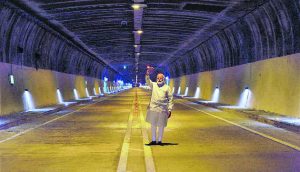 Jammu & Kashmir’s Chenani – Nashri tunnel is now considered to be India’s Longest and Safest Tunnel after the provisions to ensure the safety of passengers from fire incidents and collision inside the 10.89 km-long tunnel on the Jammu-Srinagar Highway. The Chenani – Nashri Tunnel was inaugurated by our Prime Minister Narendra Modi along with Kashmir Governor N N Vohra and Chief Minister Mehbooba Mufti. The Tunnel was built at a whopping cost of Rs 2500 crore and it is dedicated to the nation by the Prime Minister.

The Tunnel has a special drainage system to flush out water flowing in from the mountains and to use it for fire fighting and construction activities. The tunnel has specialised Closed-circuit television cameras which would count the number of vehicles are passing inside the tunnel and accordingly set the speed limit.Integrated Tunnel System, under which all the systems such as Entrance Detection Control System, Electrical Fire Signalling System and Video Surveillance System and Evacuation Broadcast System, are controlled through one particular software. It also has Specialized Automated Traffic Control System in the tunnel with green and red lights, the speed limit signs changes from time to time depending upon the traffic congestion inside the tunnel. The main USP of this tunnel is that at every 150 meters it has an emergency First Aid Box Kit and emergency Ambulance Service and a safety evacuation passage connecting to a safety tunnel constructed parallel to the main tunnel.

Travel will cost an LMV vehicle Rs 55 for one side and Rs 85 for to-and-fro journey and Rs 1,870 for one-month travel. Bigger vehicles like mini buses will have to pay Rs 90 as one side toll and Rs 135 for both sides. Buses and trucks will have to shell out Rs 190 as one-side trip and Rs 285 for a two-way journey. This Rs 2519 crore all weather Tunnel is located at 1200 meters above sea level and is also a part of the Jammu – Srinagar Four Lane Highway Project and still there are Twelve other similar tunnel projects are being built to reduce traveling cost, time and distance between Jammu and Srinagar.

The Tunnel has helped to reduce travel time by about two hours and also it has saved large deforestation. This Tunnel is suitable for all season whether Rainy, Stormy or Snow Avalanches it is totally safe and secured with World class technologies. It has helped in Reducing Air Pollution and Traffic Congestion which will benefit the ecology and environment of the region. It has also helped in saving Fuel of Rs 27 lakhs per day and will also boost economic activities and huge amount of Tourism in Jammu and Kashmir. 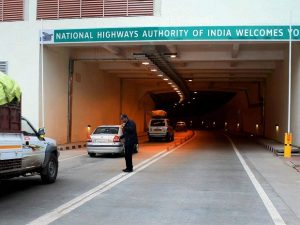 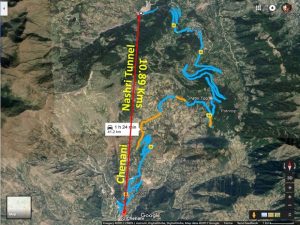 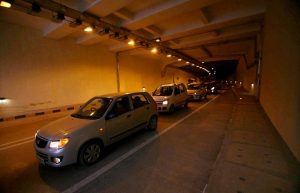 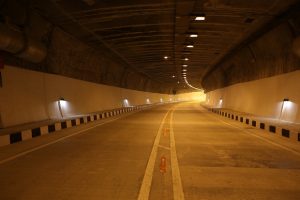 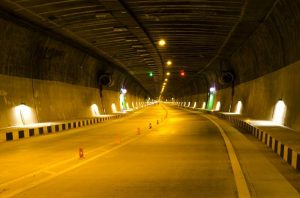 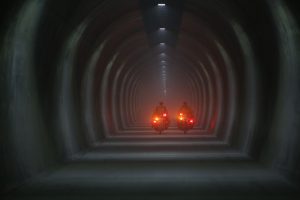 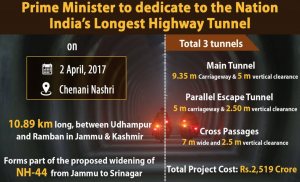 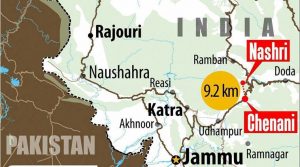 The key features of the tunnel are that it is a single-tube bi-directional tunnel, with a 9.35-meter carriageway, and a vertical clearance of 5 meters. The Chenani-Nashri tunnel, built with new Austrian tunnel technology is one of the safest tunnels in the country.