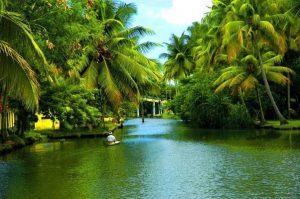 Kerala Finance Minister Thomas Issac said while presenting the budget for 2017-18 in the state assembly on Friday that “Internet will now become a right for the people and within 18 months the Internet gateway would be set up through the K phone network at a cost of Rs 1,000 crore,” Kerala Fibre Optic Network to link all govt offices and schools to build massive high end infrastructure like building Internet gateways and also electric cables to remote areas in the state of kerala.

“Internet will now become a right for the people and within 18 months the internet gateway would be set up through the K phone network at a cost of Rs 1,000 crore,” said the IANS report.  The cost for establishing the project, for which the finance minister had announced a financial assistance of Rs 1,000 crore in 2017-18 budget, would reach break even point in 10 years. With this special intiative nearly “Two million poor families will get free internet connections, while others will get it a subsidized rate,”

The government of Kerala, in the budget this year, has said it will make access to the Internet a right of every citizen, and also unveiled a plan to implement this ambitious initiative throughout the state, so that even the poor can have Internet access. This is indeed a welcome move, and the entire country should embrace this, in one way or the other. Kerala is also one of the few states in India to make IT education mandatory in school since 2003. After one milestone they achieved another by In 2016, Kerala had become the first ‘Digital State’ in India after successfully connecting all rural villages in the state with broadband connectivity under the National Optical Fibre Network (NOFN) project.

After years of social initiative like providing free internet education, empowering rural entrepreneurs to go online by Google recently they began to provide free internet at Wi-Fi hotspots with its Railwire initiative with RailTel, Indian central and state government and a number of local authorities have stepped up to provide the same. Mumbai city was the first to claim its name as the country’s first Wi-Fi city by adding 500 hotspots at launch. The city plans to add 1,200 Wi-Fi hotspots by May 2017.

After latest step known as Demonstration by Indian Government to unearth black money the government’s push for cashless transactions to ensure the black money is weeded out, for which the government’s own BHIM app has been launched. Government and Indian banks is also promoting indian citizens to go cashless and without internet it is not possible to achieve that goal. India is one of the fastest-growing economies and countries in the world – in terms of population, e-governance, economy and even the smart phone market. Indian internet penetration is very low and there is also big amount of population still do not have access to electricity, computers, mobiles and Internet. India is also becoming huge audience for Social Networking and E-Commerce sites and major multi national companies like Facebook, Google, Apple and Amazon are providing technology and infrastructure to Indian government at free of cost. We need more major reforms and more states to implement model like Kerala State.

After Finland became the first country in the world to recognize ‘the right to Internet access’, Kerala is all set to become the first state to do the same in India.