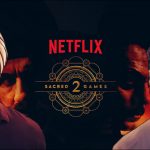 Netflix India has released the new promo of Sacred Games 2 . This promo is shot on Sartaj Singh ie Saif Ali Khan . Earlier another video promo was released by Netflix in which Nawazuddin Siddiqui is seen as Ganesh Gaitonde. Season 2 of Sacred Games is going to release on August 15. But some […]