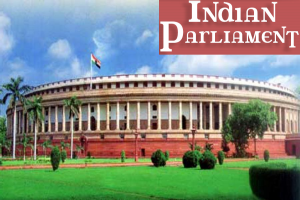 PM Modi recently made surprisingly announcement that the government is seriously considering various options, including the demands of various sections, including the Speaker, Rajya Sabha Speaker, Lok Sabha Speaker and MPs to redesign the new building for Parliament and the existing Parliament House. The Prime Minister said that the Speaker of the Lok Sabha and the Chairman of the Rajya Sabha said that when the country celebrates the 75th anniversary of independence in 2022, then the format of the Parliament House should also be changed. For the past five years, I have been hearing this from many MPs here too. I have been hearing from the media world that Parliament House has become very old.

In the inaugural program of North Avenue Duplex Flats under the aegis of the Housing Committee, Lok Sabha, PM Modi said, ‘The government has taken it seriously. Parliament House should be used well, or there is a need to build another building. Officials are brainstorming on this. He said that this work should be done on completion of 75 years of independence. There is less time left, but still effort should be made.

Significantly, during the budget session of Parliament in early August, Lok Sabha Speaker Om Birla and Rajya Sabha Chairman M Venkaiah Naidu said that everyone aspires that the Parliament House of the largest democracy should be the grandest and most attractive. In such a situation, the Prime Minister is requested that on the completion of 75 years of India’s independence in 2022, his resolution of a new India should also include the expansion and modernization of the Parliament House.

In the Rajya Sabha, Chairman M. Venkaiah Naidu while referring to the completion of the 92nd year of the Parliament House, said that in the year 2022, 75 years of independence of the country will be completed and on this occasion, the Parliament House should be expanded and modernized. However, the Prime Minister said that it has generally been felt that when the new session starts, MPs have to face inconvenience regarding the accommodation arrangement. For a long time, hotel has to be booked.

Modi said that as the houses are empty, it has to be done properly. In such a situation, how to develop the system permanently and how to develop according to the changing times, it is important. He said that MPs do not need more than a room for themselves. But people from his area come in large numbers and come from far and wide. It is in the mind of everyone who comes that there should be a system to stay in the night. Modi said that whether or not the place is there, the MP cannot deny them. The MPs know how big the difficulty is. In this context, a lot of discussion was done in this direction from the last session.

He said that some buildings are very old, they need to be repaired periodically. In the context of North Avenue Duplex flats, the Prime Minister said that it has been completed ahead of time and with saving of money and quality has been maintained. Modi said that this time a very good work was done in the Parliament session, the credit goes to every political party, MP and Chairman of the House.