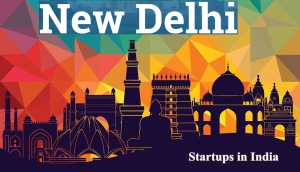 Delhi-NCR is India’s new startup hub with 10 unicorns versus nine in Bengaluru and two in Mumbai, as per a TiE-Zinnov report. The aggregate valuation of startups in the region stands at $46-56 billion with as many as 7,000 firms founded since 2009, compared with $32-37 billion for Bangalore (5,234) and $10-12 billion for Mumbai (3,829). The region – which houses marquee names like MakeMyTrip and Info Edge – has the potential to rank among the top five global startup hubs by 2025, the report says. But there are challenges such as a lack of tech talent and shortage of early-stage funding.

India should aspire to be $ 10 trillion economy by 2030, when you aspire for $10 trillion, 5 becomes automatic.The key is to focus on 10000 unicorns in the next 10 years we have 10 now in Delhi, this has come without any kind of government support and in spite of all hindrances.

Delhi-NCR has more Unicorns (if size matters). In deep tech, I agree — startups in NCR tend to be better at solving business issues rather than developing deep technology.

Actually in past couple of years I have met few founders in recent past from startup ecosystem. I am yet to understand it clearly though but the perception is that Delhi/NCR has lots of startups in early stage of growth but Bangalore would score high on having startups those have achieved certain level of growth.

All locations are good, go where you are most comfortable. Location is a small factor. Success is largely about how strong your team, proposition and execution is.

Swiggy says Biryani is the most popular Dish in India; Gets 43 Orders Of Biryani Every 60 Seconds followed by Dosa and Burgers

Hopefully much of the hindrances have been removed but government should bring start up as a policy and it should become a big movement. As discussed in my earlier articles at length every state should have a startup policy #startup #minister and a separate #fund along with plug and play real estate. Each state should focus on creating 1000 unicorns in the next 10 years, even if 10 states succeed in it we will have 10000 unicorns. Most of the problem can be solved through this paradigm shift.

Delhi NCR overtaking Bangalore is a big shift. Historically Delhi and National Capital Region has been high on e-commerce and internet but not on deep tech. Hope that trend is also changing. Centre should have 3 startup ministers focused on Science, Technology, Healthcare and Agriculture