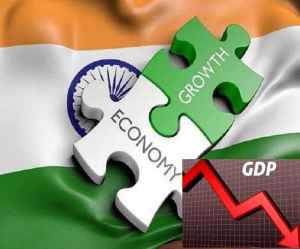 From the head of India, the crown of the fifth largest economy of the world has been snatched. India has reached seventh rank in terms of economy. The Indian economy has suffered a lot due to the sluggishness of the Indian economy in 2018. According to World Bank statistics, in the year 2018, the growth in Britain and France’s economy was much higher than India, due to which they have leaped one or two positions. Britain has reached 5th position, while France is at sixth position. Because of which India has slipped from fifth position to seventh position. The United States holds the pole position in this list.

It is worth mentioning that in the year 2017, the head of India (about 18 thousand trillion) was crowned the crown. On the other hand, Great Britain was in sixth place and France was ranked 7th position in the rankings. Economists believe that being the seventh-largest in India, the weakening of the  Indian rupee against the American dollar is the main reason.