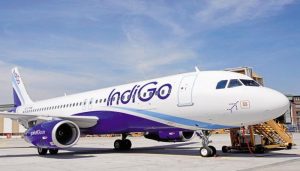 The bookings begin today for the four-day ‘mega anniversary sale’ offer for travel period from July 25 to March 30 next year, IndiGo said in a release.

IndiGo Airlines is offering attractive discounts for travel across its flight network, including overseas destinations across the globe. According to a PTI report, the airline has launched mega discount sale offer for 1.2 million seats up for grabs with fares starting at Rs 1,212.

The bookings has just open today for the four-day ‘mega anniversary sale’ offer for travel period from July 25 to March 30 one year from now. In a statement released, the company said, “”IndiGo is offering customers a four-day special sale starting at Rs 1,212 effective from July 10 till July 13. As part of the mega sale, the airline is offering 12 lakh seats for travel between July 25, 2018 and March 30, 2019 across the 6E network including the international routes.”

In the press release it was also announced Customers can further avail a five per cent cash-back of up to Rs 500 with a minimum transaction of Rs 3,000 with SBI credit card.

IndiGo’s chief strategy officer William Boulter said, “We are delighted to announce this biggest sale of Indian airline seats. IndiGo will turn 12 on August 4 and to make this occasion more memorable, we are offering 12 lakh seats across our network of 57 cities at special fares.”

IndiGo’s offer comes only couple of days after GoAir, AirAsia, and SpiceJet declared their massive discounted offer.It is a typical methodology which air carrier organizations use during monsoon to pull swarm by offering travelers rebates, discounts and Cash back icentives to fly at less expensive rates.